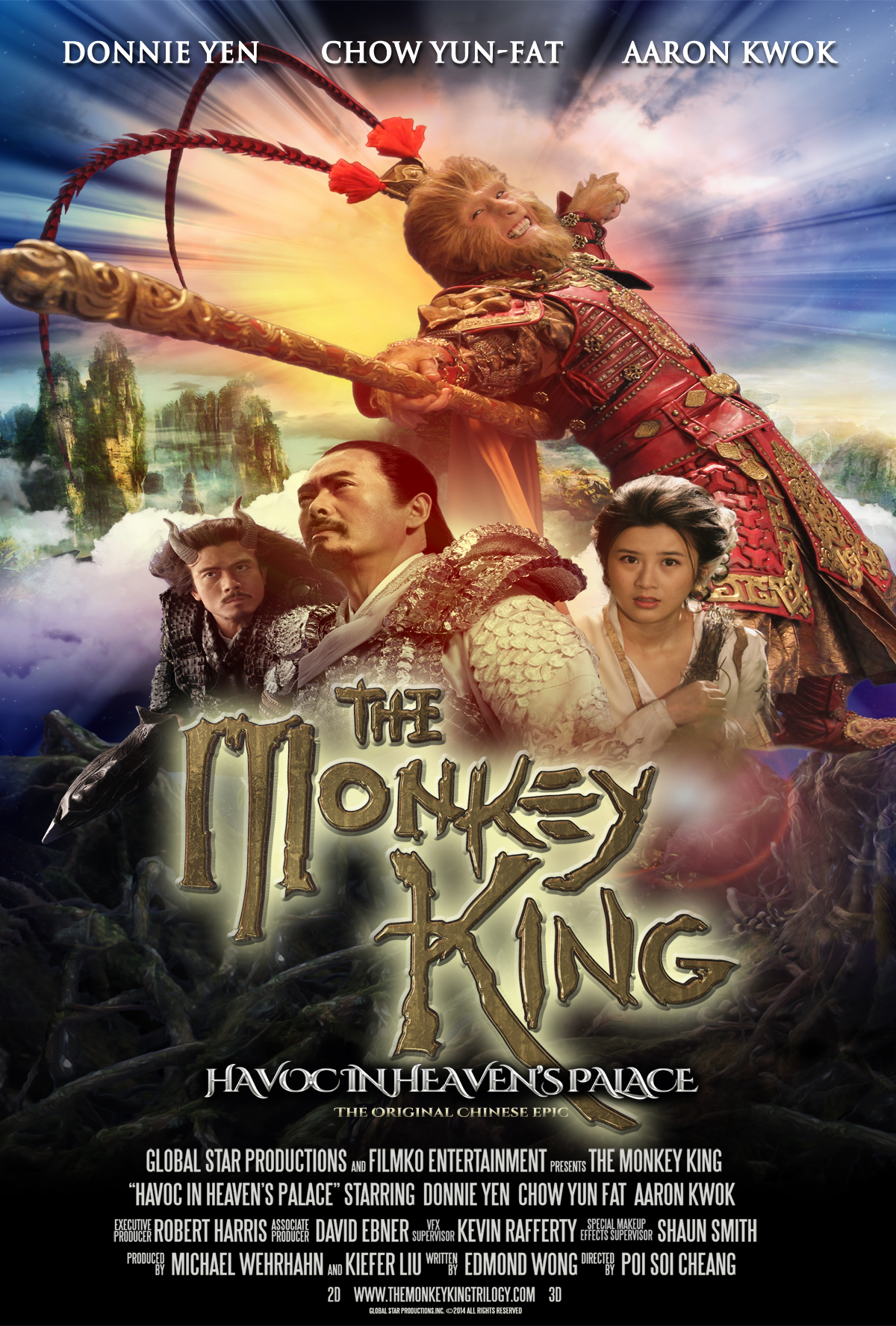 Sun Wukong (The Monkey King) is a monkey born from a heavenly stone who acquires supernatural powers.  After rebelling against heaven and being imprisoned under a mountain for 500 years, he later accompanies the monk Xuanzang on a journey to India. [read more=”See more” less=”See less”] Thus, according to legend, Buddhism is brought to ancient China. This much beloved story, is as much a part of Asian culture as The Iliad and The Odyssey or The Wizard of Oz are to the West.  This first installment in a trilogy of live action 3-D movies is actually a prequel to The Journey To The West, the much told story of the Monkey King’s adventures on the road to India. The Monkey King: Havoc In Heaven’s Palace is the origins story — beginning with the birth of Sun Wukong and ending with his imprisonment for his crimes under the Five-Peaked Mountain.  Along the way he acquires incredible powers, battling the armies of the gods and the armies of the demons to find his rightful place in the Heavens.  It is a classic story of the scorned underdog who acquires great abilities but uses them recklessly and ultimately must pay a huge price to find redemption.  The Monkey King captures the drama, beauty, humor and fantastic action of the folk legend and brings it to the screen in a way never before possible. 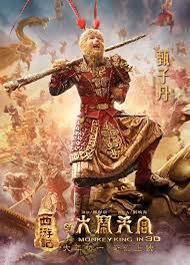 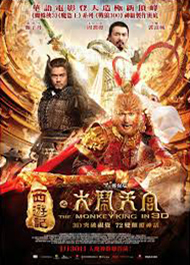 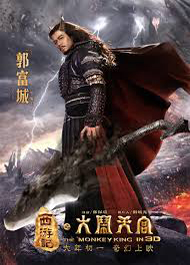 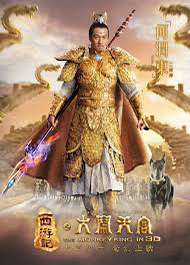 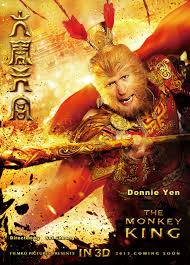 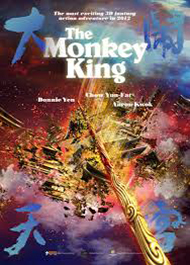 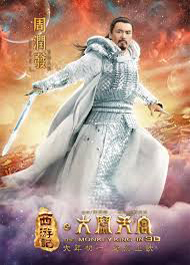 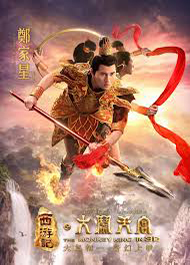 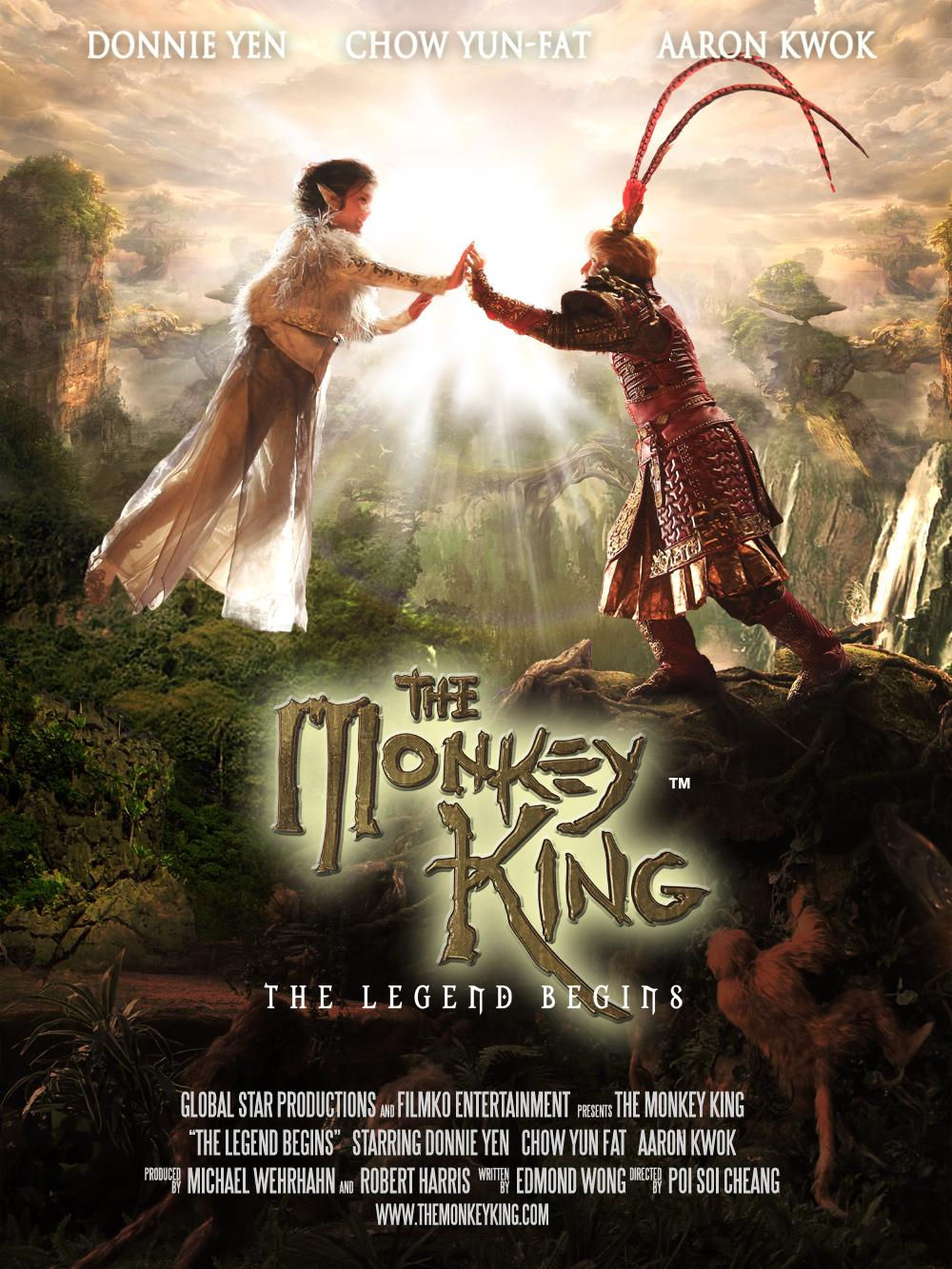 The Monkey King : The Legend Begins: 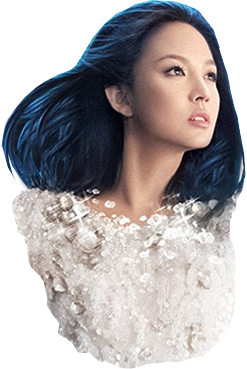 Played by a major Western actor, the Old Sage serves as the narrator of our tale. He opens the story with an epic battle in Heaven where the forces of the Jade Emperor (Chow Yun Fat) turn back the invading Demon Buffalo King (Aaron Kwok), banishing him to Earth. In the process the Heavenly Palace is virtually destroyed. A beautiful princess sacrifices herself by restoring it and building an impenetrable wall around Heaven from crystals from her own body. She gives every crystal of her being to rebuild and fortify Heaven — all but one. That single crystal plummets to Earth, landing on Mount Huagao – The Mountain of Flowers and Fruit. There it sits until a kit fox discovers it glowing in a mountain crevice.Inside she sees a tiny monkey. She enlists the aid of the Buffalo Demon King to use his power to break open the crystal and release the monkey. It is an event that will come back to haunt both the fox and the monkey as the Demon King will use them both in his insidious plans to conquer heaven. As the Silver Fox (Xia Zi Tong) and Sun Wu Kong (Donnie Yen) grow, their affection for each other grows as do their powers. The fox girl can transform into a beautiful almost human form, while the monkey (a handsome monkey with human features) has incredible strength and power. 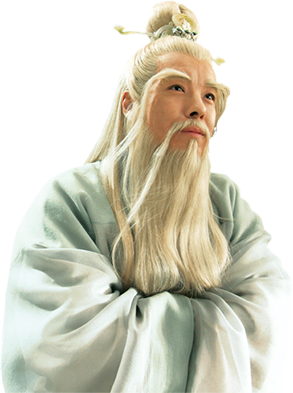 But the playmates are separated when Silver Fox must return to her family village and Wukong joins the monkey tribe. Master Subhuti, one of the Ten Disciples of Buddha, is sent by the goddess Guanyin to find the Monkey Spirit, born of Heaven’s crystal, and train him in the ways of the gods. Despite his celestial destiny, young Wukong seems to be having trouble just being a monkey, let alone a “god-in-training.” He is vain, mischievous, overzealous and often just plain silly. Master Subhuti takes the monkey to The Tri-Star Cave and puts him in training with a class of human students. He names him Sun Wukong.Although a difficult and insubordinate pupil, Sun obviously has powers far beyond his fellow trainees. It becomes apparent that his powers are, in fact, both amazing and frightening. En route to his goal of immortality, Wukong learns 72 transformations. He can transform into various animals, shrink or multiply himself into hundreds of clones, walk on clouds and somersault across thousands of miles through the air. He can transform completely into a human – except he can’t hide his tell-tale tail.Wukong is sent back to his Mountain home to learn responsibility and to mature. There he saves his monkey tribe from the ferocious Rock Monster and leads them into a safe new home in The Water Curtain Cave. In return they declare him The Handsome Monkey King – their leader and protector. He loves the way it sounds. 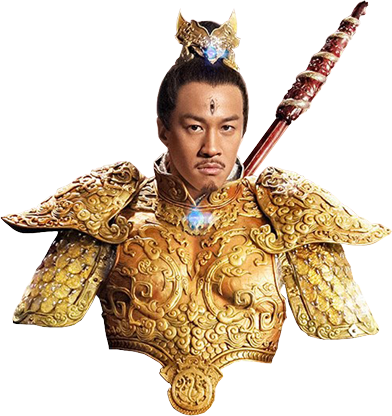 Determined to find weapons to protect his tribe, Monkey King journeys under the sea to the Kingdom of the Dragon King where he obtains magic armor and flying boots. In the process he creates havoc. By lifting the immense Ruyi Cudgel out of the ocean floor he destroys the underwater palace, unleashing a powerful tsunami. The cudgel becomes the monkey’s most powerful weapon.

The peaceful life of the animal kingdom of the Island of Flowers and Fruit is disturbed by the return of Demon King who is driven by a burning desire to avenge his defeat, drive the Jade Emperor from his throne and gain control of the Heavenly Armies. A witch has told him Sun Wukong is the key to that victory. The Demon enlists an unwitting Silver Fox to help turn The Monkey King against Heaven. Demon King convinces him that he is as great and powerful as any being in Heaven and names him Great Sage Equal of Heaven. Monkey loves it.

Reunited, Silver Fox and Wukong’s friendship begins to blossom into romance. Struck with the realization that his tribe and his true love are mortal, Wukong decides to use his heavenly connections to learn the secrets of immortality and the secret of Divine Breath. He is welcomed into Heaven by Master Subhuti and The Jade Emporer, who appoints him Keeper of the Heavenly Stables.

There, he is thwarted by the two-faced, three-eyed warrior Erlangshen. The “Great Sage” creates havoc in Heaven, eating the divine peaches of immortality, freeing the flying heavenly horses and stealing the magic elixir from the blazing furnaces. Driven from Heaven by Erlangshen and his army, Monkey King returns home to a scene of complete devastation.

He is led to believe that the death and destruction is the work of the Jade Emporer. Bent on revenge he transforms from a “Great Sage” into a Great Warrior and attacks Heaven. Buffalo Demon King joins in the assault. Monkey King, Erlangshen, Master Subhuti, Jade Emporer, and Demon King become embroiled in a series of battles summoning all their incredible powers in pursuit of the throne of Heaven. In the midst of battle the truth is revealed to Wukong. He chooses right over wrong, good over evil and joins with Jade Emporer in defending Heaven. In the process he learns a great lesson. The lesson he must learn to set him on the path to becoming the great leader he is destined to be.

Along the way he will have to seek the wisdom that will prevent his great powers from ever again being subverted through deceit. In the end he faces divine retribution; but always the monkey, he pulls one last trick giving him the most meaningful victory of his magical life.

We end where we began. As the Old Sage closes the last scroll we discover Wukong has been released from 500 years of captivity in Five Finger Mountain. The Monkey King is poised to start his next and most amazing journey — a Journey to The West. 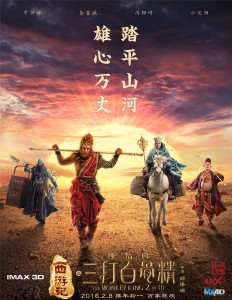 The Monkey King 2 is a 2016 Hong Kong-Chinese fantasy film based on the classic novel Journey to the West by Wu Cheng’en. The film was shot in 3D and is a sequel to the 2014 box office hit The Monkey King “Havoc in Heaven’s Palace” with Cheang Pou-soi returning as director and Sammo Hung as action director, who replaces Donnie Yen’s role from the previous installment. Film stars Aaron Kwok, who portrayed the main antagonist in the previous installment, as the film’s titular protagonist, who also replaces Yen from the previous installment. It was released in the United States on 5 February, in Hong Kong on 6 February and in China on 8 February 2016, the first day of the Chinese New Year holiday period. [read more=”See more” less=”See less”] There is a plan that there will be a second version of this created in Hollywood called The Monkey King “Journey to the West with entirely new actors in English. 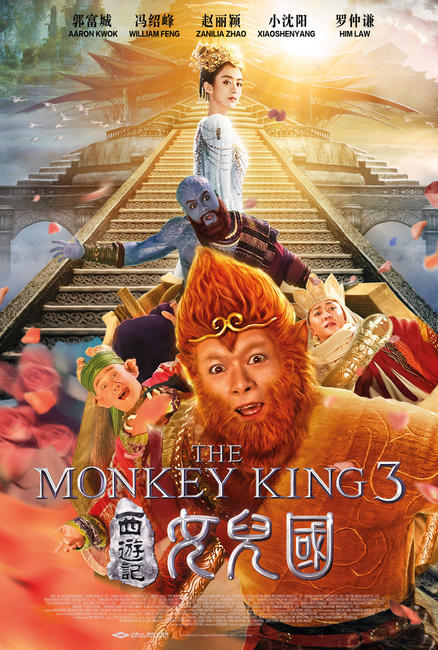 The Monkey King 3: Kingdom of Woman

When a travelling monk is stranded in a wasteland, The Monkey King must escort him across the land to retrieve sacred scriptures and protect him from an evil demon.