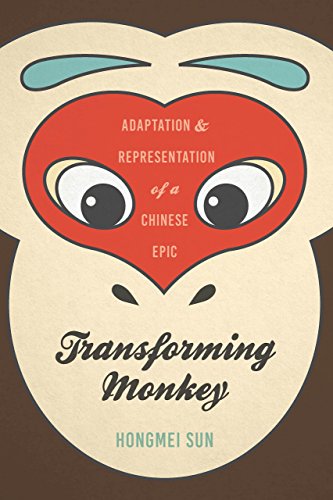 Transforming Monkey: Adaptation and Representation of a Chinese Epic.

An analysis of historical, transcultural, and transmedia adaptation, Transforming Monkey: Adaptation and Representation of a Chinese Epic examines the ever-changing image of Sun Wukong (aka Monkey, or the Monkey King), in literature and popular culture both in China and the United States. A protean protagonist of the sixteenth century novel Journey to the West (Xiyou ji), the Monkey King�s image has been adapted in distinctive ways for the representation of various social entities, including China as a newly founded nation state, the younger generation of Chinese during the postsocialist period, and the representation of the Chinese and Chinese American as a social �other� in American popular culture. The juxtaposition of various manifestations of the same character in the book present the adaptation history of Monkey as a masquerade, enabling readers to observe not only the masks, but also the mask-wearers, as well as underlying factors such as literary and political history, state ideologies, market economies, issues of race and ethnicity, and politics of representation and cross-cultural translation Transforming Monkey demonstrates the social and political impact of adaptations through the hands of its users while charting the changes to the image of Sun Wukong in modern history and his participation in the construction and representation of Chinese identity. The first manuscript focusing on the transformations of the Monkey King image and the meanings this image carries, Transforming Monkey argues for the importance of adaptations as an indivisible part of the classical work, and as a revealing window to examine history, culture, and the world. Available at Amazon